When I returned to PTC in late 1999, I was tasked with setting up a suite of executive level presentations and demonstrations that could showcase PTC’s complete portfolio of software solutions.  From computer aided design through to data management and high end 3D visualisation solutions.  We were fortunate to have access to real customer data and we went ahead and built three industry presentations, based on an Airbus A340, a BAE Systems Warship and a Land Rover Freelander.  The ultimate aim of the demonstrations were to show how the internet could be used to improve collaboration across global design teams. PTC had introduced a term called Collaborative Product Commerce to define how companies could work together collaboratively across the internet.

Once we had the demonstrations built we then needed suitable demonstration environments in which to present them.  Building on the EPD Centre that I set up in the PTC Coventry office, we worked in partnership with Warwick Manufacturing Group to convert one of their lecture theatres into a high end presentation facility.  This particular facility was co-sponsored with Sun Microsystems who at the time wanted to showcase their new high end visualisation servers.  The lecture theatre was completely gutted and we installed a rear projected, 6m wide screen that allowed us to show multi-role presentations across the same screen.  The centre ran successfully for two years and we had over a 100 executive level meetings over this time period.

The Warwick centre was completed in 2000 and we had a launch event to promote the new facility.  We commissioned a promotional video with a voiceover provided by Doctor Who’s Tom Baker.  The launch video is shown in the ‘Experience’ section of this site, the video shown below is slightly longer and was used for internal awareness and sales training purposes.  This was probably my most enjoyable project during my time at PTC as I designed the presentations, facility, as well as develop integrated marketing campaigns to promote the facility to PTC’s customer base.

One of the more ambitious presentations that we conducted at the Warwick Collaboration Centre was to allow one of PTC’s customers, Alvis Vehicles, to hold a design review with their own customer the UK Ministry of Defense. Alvis brought along two Warrior tanks on low loaders and they wanted to compare a physical design review against a digital design review. First step of the design review was to transfer the gun turret from one tank to the other using the overhead gantry crane in the production hall next to the Collaboration Centre. We then carried out the same process using 3D digital models of the two tanks and we were able to show where the gun turret would potentially clash as it was fitted into the new tank. We also carried out other clash detection tests that would have been difficult to conduct with the real tanks.

Following the success of the Warwick and Coventry facilities I was then asked to design and setup a similar facility at PTC’s HQ office in Needham, MA.  This facility was identical to the Warwick facility with the exception that it was sponsored by HP.  One of the key ways that we managed to fund each facility was to negotiate the use of demonstration servers from all the major hardware vendors at the time, ie Sun, HP and SGI. This particular facility is still in use today.

We went on to setup smaller presentation facilities in Munich and Detroit and all the centres were connected to a central ‘Virtual Factory’.  The Virtual Factory hosted our demonstration materials on centralised servers and hence with the demonstration data held centrally we were able to run real time, multi-location product demonstrations to simulate how a global manufacturer would operate in the real world.  Using the multi-screen facilities we could for example have Warwick on the left screen, Needham on the centre screen and Munich on the right screen.  At the time, this was the first demonstration environment of its type to be setup within the PLM industry.  The networked centres are shown below, connected to the Virtual Factory which hosted instances of SAP and Oracle as well as the full suite of software from PTC.

Following the success of establishing a global network of demonstration centres we then began to look at how we could take the demonstrations used in the centres on the road.  Even though we had a high number of customers visiting the collaboration centres it was felt that we need to get in front of the customers, on their own sites.  So building on the Discovery Roadshow that I setup at Computervision we began to look at how we could use a converted lorry to tour major European cities over a six month period. Despite spending a few weeks defining the tour schedule and working with sales to identify suitable customers to visit, the project was put on hold due to budget issues.  The concept however was the correct one to follow based on what we were hearing from our customers at the time. 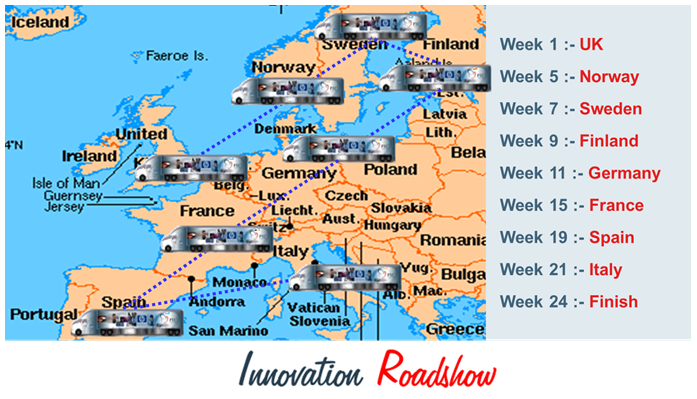 In early 2002, I was asked to take over the running of PTC’s Performance Partner Program.  This program involved managing a number of high profile motorsport sponsorship activities with race teams such as Ferrari F1, Team Bentley and Penske Racing. In return for donating software to each team, we negotiated a number of benefits that we could use for customer related marketing activities.  This included access to VIP events such as Formula One races, factory tours and of course external branding on each car. I was involved with re-negotiating a number of contracts over an 18 month period, developing marketing plans for each team which in turn allowed me to introduce a common approach to how these sponsorship programs were managed. 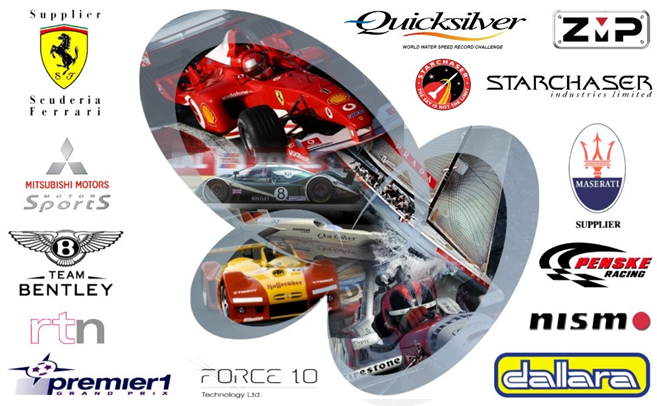 One of the most successful sponsorship projects was with Team Bentley who went on to win the 24hour Le Mans race in 2001.  I developed a number of different marketing plans to leverage this win, including extensive media coverage, motorsport themed trade shows and even placement of PTC logos within a Le Mans related computer game produced for the Microsoft XBOX.

One of the more unusual projects that I was involved with at PTC was to grant permission for various computer game manufacturers to use the PTC logo within their motorsport themed games. Colin Mcrae Rally 3 wanted to use a version of the Computervision liveried 6R4 rally car.  However as the CV name no longer existed we cleverly changed Computervision to read Computerisation and we included PTC logos on the car as well.  The aim of this project was to get the PTC brand into the minds of the children playing the games so that they remembered the PTC name as they left school, then university and entered the world of work. PTC then went on to sponsor the F1 in schools project.

Leveraging the work I did to establish the demonstration centres and manage the Performance Partner program, I then made the transition into a more formal marketing role to help define customer specific marketing plans that could be rolled out against some of PTC’s more important global customers. Each customer specific marketing plan would leverage the full marketing mix and use a combination of collaboration centre events, hospitality via our Performance Partner Motorsport program and leveraging our existing partnerships with the hardware vendors to help co-fund the activities. We developed a three tier approach to target different persona within an organisation.

Each customer marketing plan utilised resources from different areas of PTC Marketing, including field, industry, reference, partners and alliances.  The blue chip marketing program was just starting to be rolled out in late 2002 when PTC was forced to go through further restructuring and the budget had to be pulled from this activity. However this particular project set me on my path to transition from a technical role into a full time international marketing role and to help aid this transition I enrolled on a self-funded MBA at Warwick Business School in November 2002.

Due to restructuring within PTC, I left the company in July 2003.